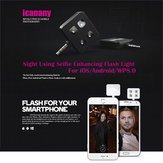 Free Shipping
Buy Now
Photography Enhancing Selfie Sync LED Flash For iOS Android WP8.0 Mobile DLSR Gopro Notebook
How to use?
As the increasingly spring up, bluetooth self-timer, selfie stick, camera tripods are the favorite items of these guys who love selfies. At the same time, they concern more about the selfie effects. When take selfies, they want get better results so can leave a deep impact on their happy time. When you want to take selfies, especially in KTV, BAR, Concert, raining day, even some action sports in night, the results are not good even vague due to the low-light. At this time, you will feel helpless. However, most smart phone just built-in flash for rear camera but for front camera. Funny, the front cameras are mostly used to take selfies. That is to say, the result will be influenced by the dark environment which affects users’ mood at the same time. RGKNSE Icanany, the professional selfie searching team has successfully developed an external sync led flash to save these problems.  Already been authorized the Utility Model Patent with patent number 2014206835999, it is the patented selfie enhancing led flash. Counterfeit will be sued.
The functional specification as below:
1. Get superior selfies in low-light occasion. It can provide the higer quality pictures and videos even in low-light place such as KTV, BAR, Concert, raining day, even some action sports in night.
2. Generally used led flash. The smart led flash can be general suitable for all smart phone (android, ios wp systems), DSLR, PC, PAD AND GOpro sports cameras. It is the first portable multifunctional led flash built-in 4 lights. It can fully meet the international standard of advanced photographic equipment. Such as 70 Degree beam, 5600k color temperature and 80 CRI.
3. Adjustable brightness. The lightest led flash for photographic equipments, smart phone, DSLR.TBC, can provide 3 kinds of powerful lighting model to fit for different kinds of situation. It can provide a sharp contrast in light efficiency.
4. Built-in battery no consumption power on your devices. Act as a flashlight emergency. We designed photo and video mode. It also can be used as a light during the lighting model without connecting any devices.
5. Sync flash. Can free use in IOS Android and WP8 smart phone and pad (free download app iblazr), when installed the app, can sync flash when using your phone camera. It also can reduce the red eyes and lighten the whiteness. As a result, the selfies becomes better. It will be standby model without using the camera. The high light led light will hurt the skin and too bright to take pictures.
6. Mini size, easily use. black, white and grey three colors are available. Connecting by 3.5mm audio jack port. When using for selfie can enhance the effects of your pictures. There is a power button in the top of the machine which can control the brightness and 4 led lights in the front side.
Features:
The first one portable mini sync led flash which built-in 4 led lights
Can free used in smart phone  and pad with iOS, Android and WP8 system
Suitable for low-light situations
The best accessory for selfies
The lightest led flash for photographic equipments for DSLR, Analogue camera, TBC
Provide a sharp contrast in light efficiency for DSLR
Built-in battery no consumption power on your devices
Photo and video mode available
Act as a flashlight tool without connecting any devices
Compatible:
For ios system can suit for ios 6, 7, 8 versions
For android system can fit for 4.0 or higher version
For window 8.0 and higher version
It can be used for moveable devices and other normal camera with the hot shoe mount. After installed the iblazr app, led light will flash and then out, then need to press the button, the lowest light will on, press more, the light will enhance.
If you need to use the icanany led light need to install the iblazr app, it can used for ios and android 4.0 system. It supports to change from front camera and rear camera. When take selfie, you can power on the light all the time to get higher quality pictures. For using rear camera, can add the led light and using the built-in flash at same time.
Three main functions:
1. Replace the built-in flash of phone and pad. The light is the key matter for taking photos. There are lots of advantages to take pictures by using phone. However, comparing with advanced photographic equipments, the effect of using cell phone is vague so the light is quite important. While if you use icanany led light which is the new selfie product, can add light.
2. Cold and hot shoe mode. The smallest led flash which can be suitable for DSLR, Canon EOS and PowerShot series.  Nikon D series. SONY NEX and RX series, Samsung NX.
3. As a desk lamp, flashlight, emergency light and the independent led flash for photography
What inside: 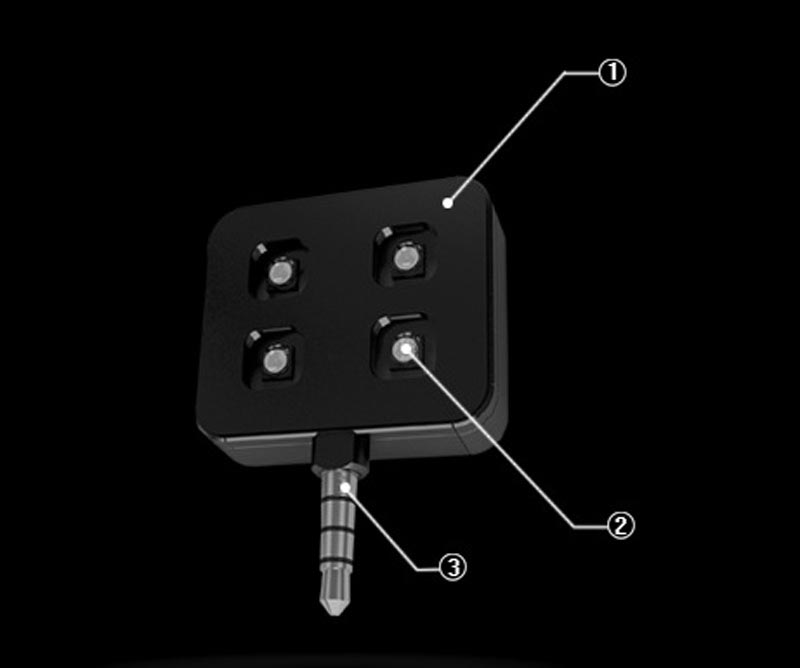 1) We know that smartphone users want small, light, yet, functional accessories. That is why we made unbelievably small housing with plastic or premium aluminium finishing.
2) 4 High-power LEDs and 70 degree optics of our own design… Means uncompromised amount of light! Beauty outside, beast inside!
3) 3.5mm audio jack means icanany can be used with, literally any smartphone and tablet on the market.
Makes icanany the smallest constant LED light for DSLR and compact camera
Compatible with classic shoe mount on :
Canon EOS and PowerShot series, Nikon D series, Sony NEX and RX series, Samsung NX and others
Product specifications: 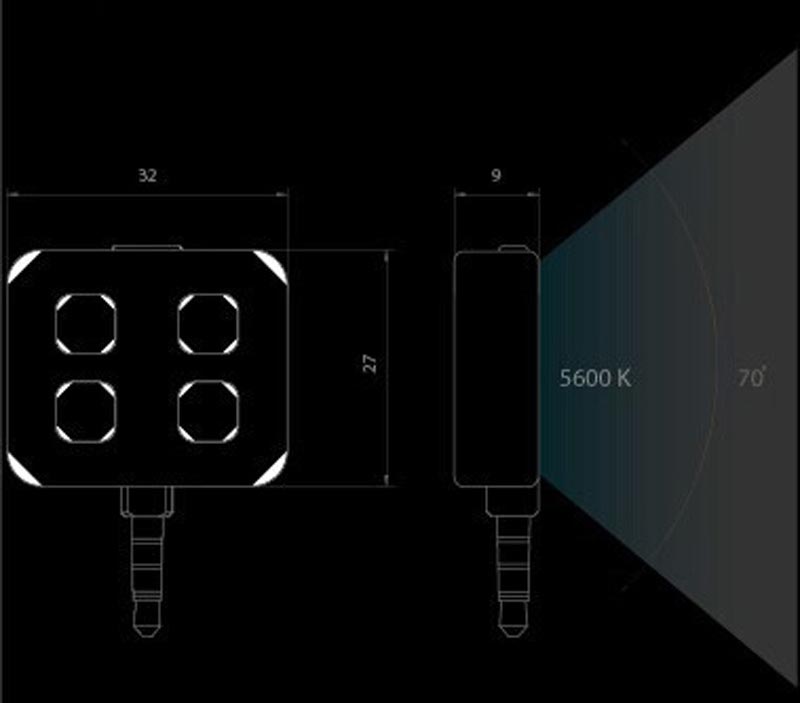 Warning:
Do not insert the earphones or any other 3,5 mmconnector into the flexible icanany charger.
Package Included:
1 X Selfie Using Sync LED Flash 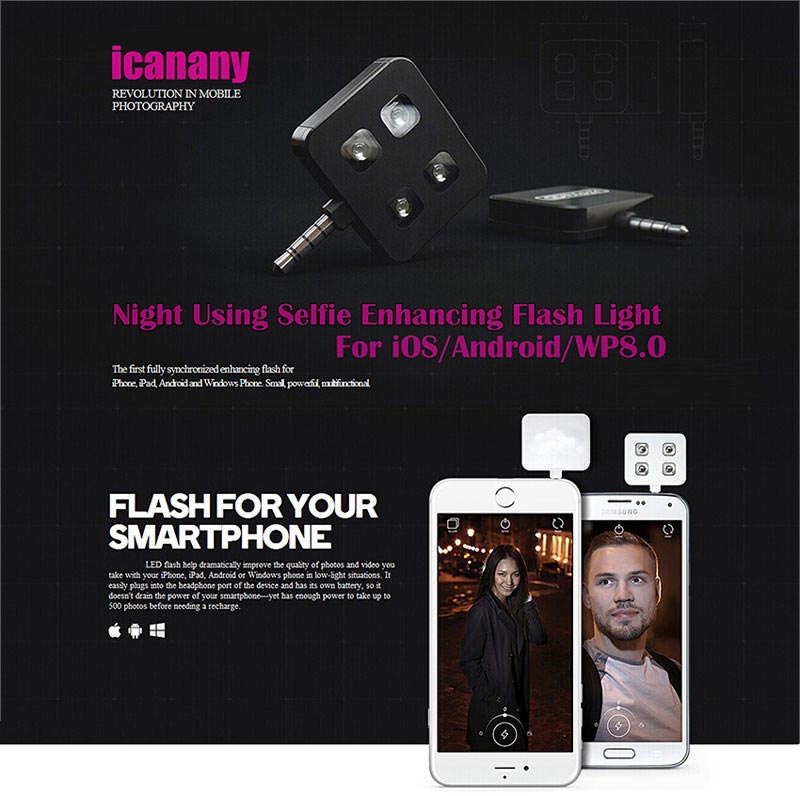 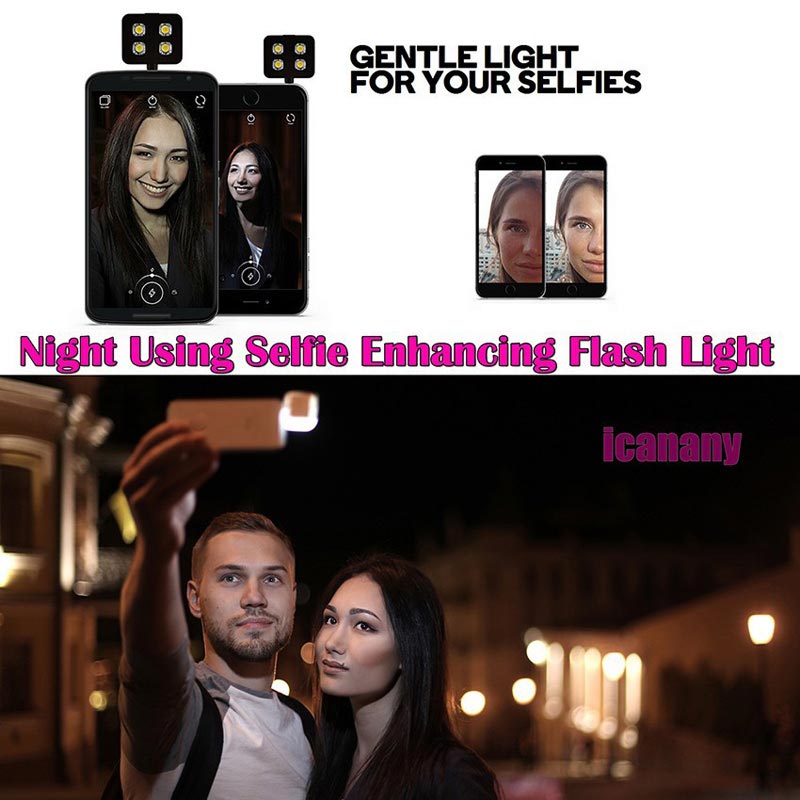 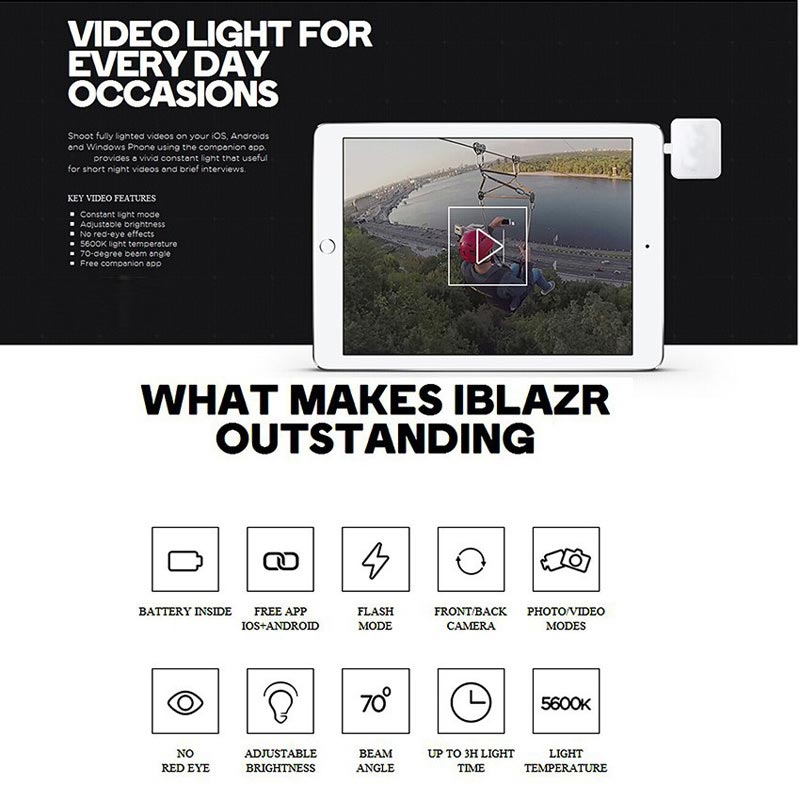 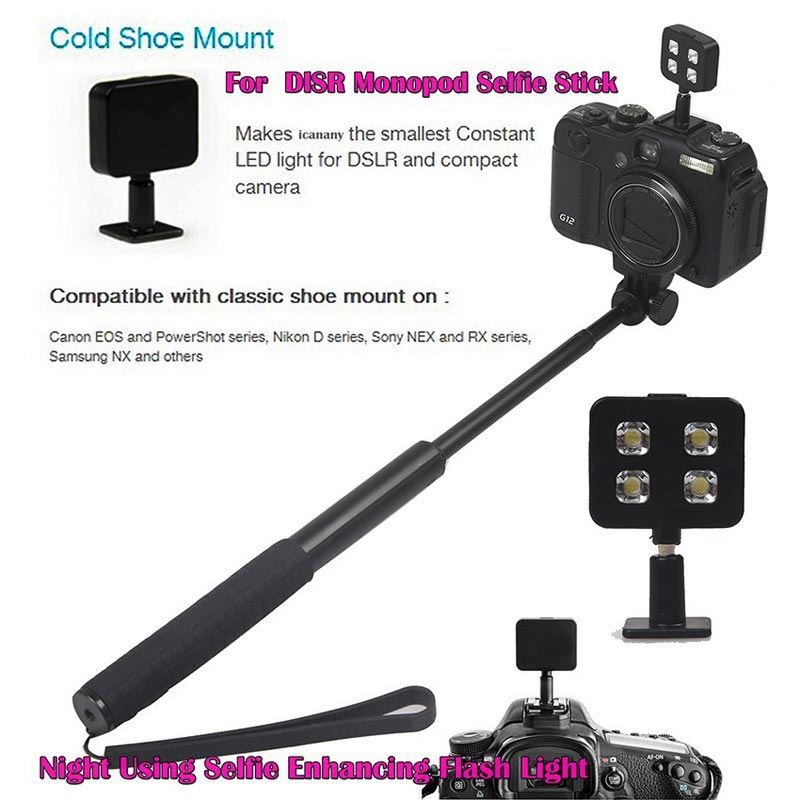 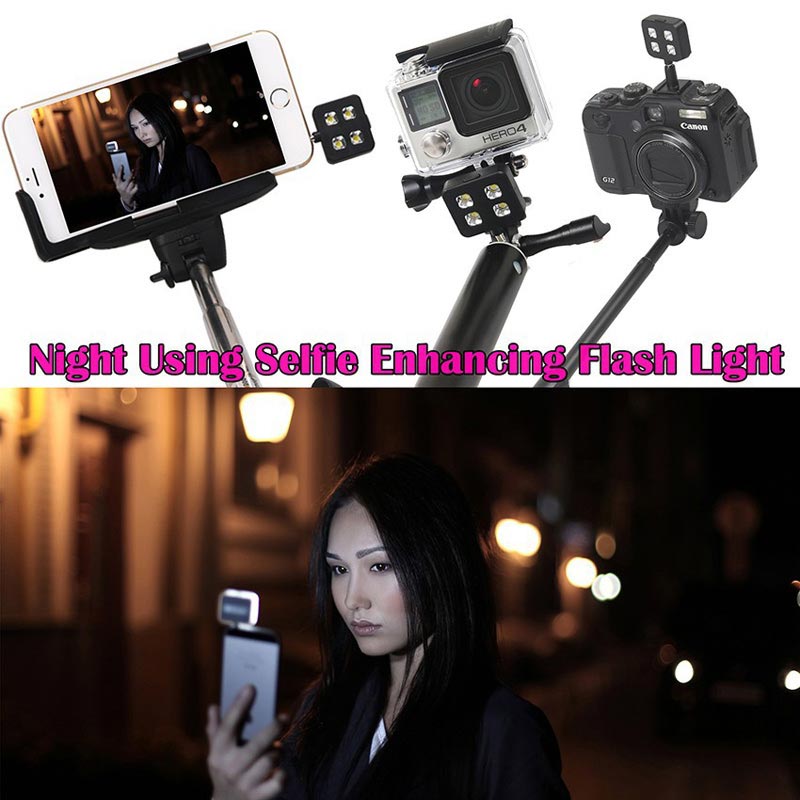 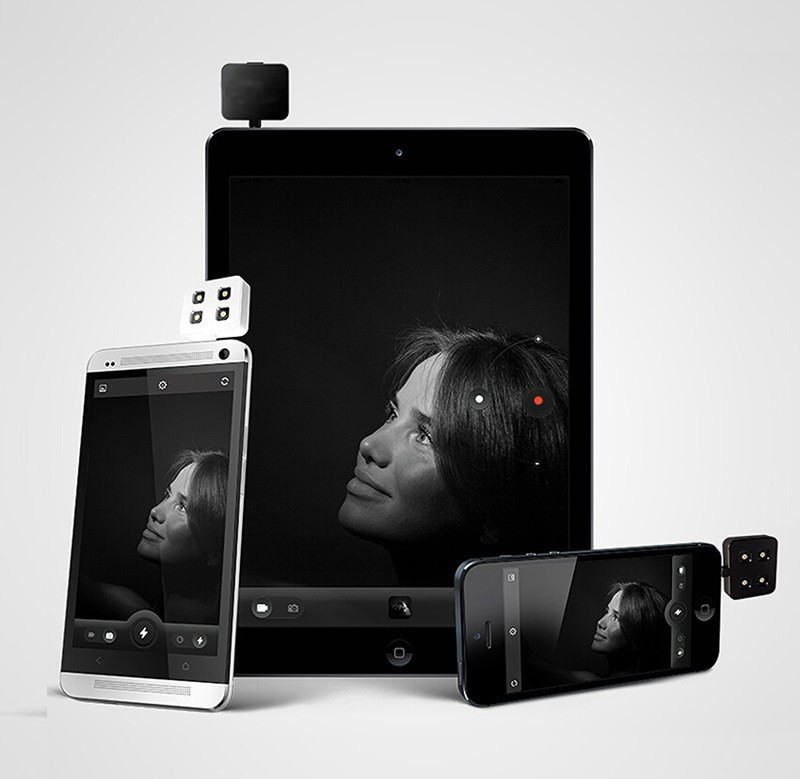 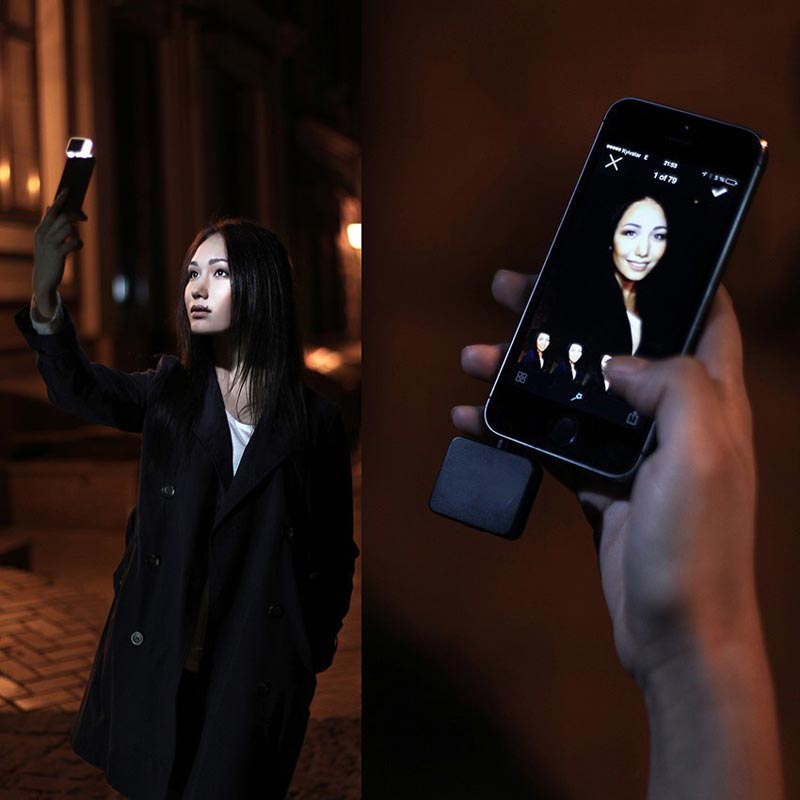 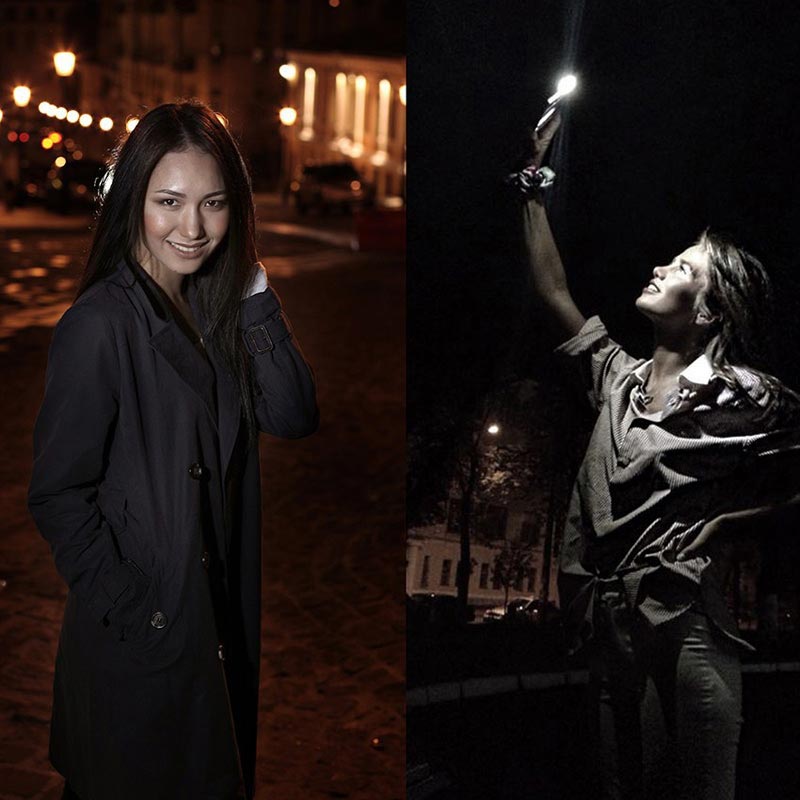 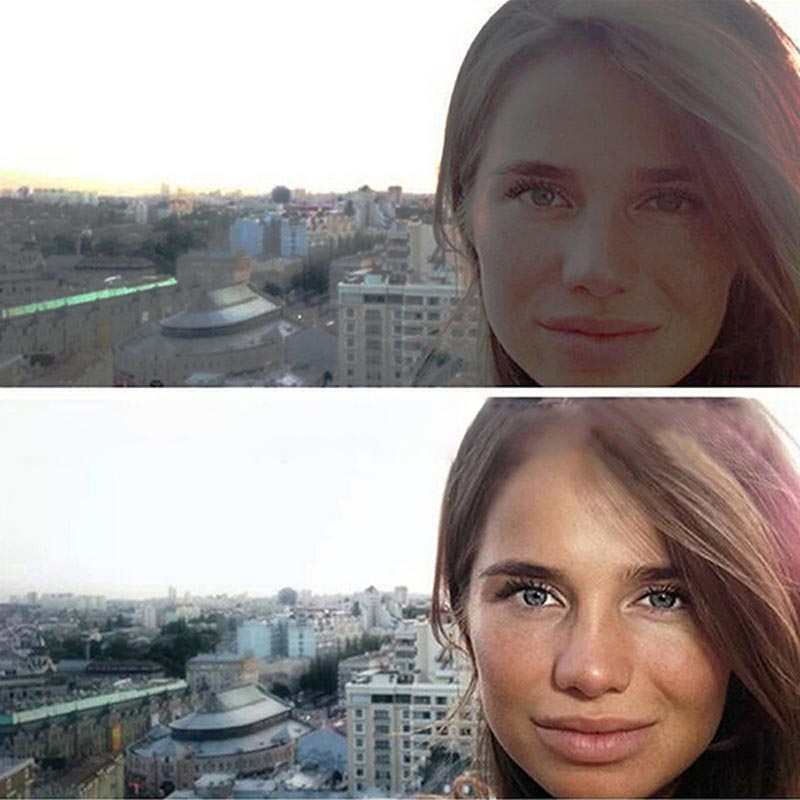 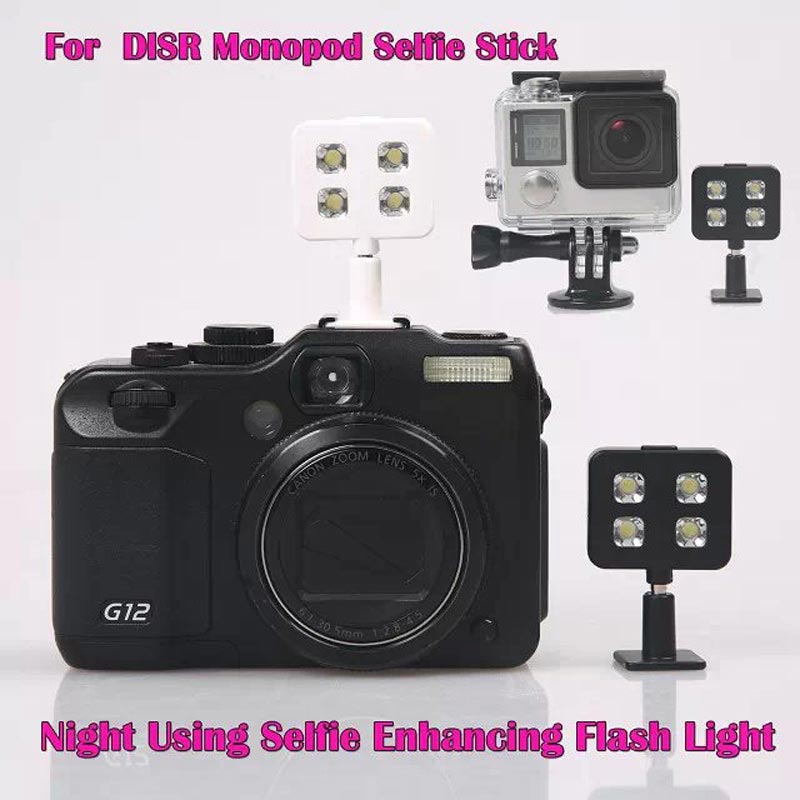 you can track your packages after an order has shipped.